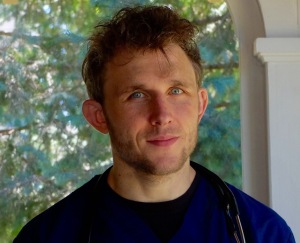 So Rory (@EMnerd) is in the process of working on a fluid resus protocol for Shock-Trauma, and asked me if we could have a chat about it, which I feel very honored for – and had a brief impostor syndrome crisis – but it’s always great to chat with people who are really bright, really physiological and after the same goal, to make patients better. Always a pleasure to chat with Rory, so here it is.

I really can’t wait to see their protocol, because I think this is a huge and complex endeavor, but has to be done.  I will try to put pen to paper (probably really pixels to a screen but that doesn’t sound as good) and put what I try to do for fluid resus on a diagram of sorts.

Love to hear comments and questions.

PS please skip the first 30 seconds which are a technical blank… Ièm not tech saavy so can’t trim it!

One issue to consider is the degree of pulmonary vascular leakage. If, as in the case of sepsis, the pulmonary vasculature is more prone to the development of lung interstitial edema, lower LVEDP’s possibly will still result in as much lung wetness as higher LVEDP’s. Therefore, reliance of E/e’ ratios may not be the best measure of a fluid resuscitative endpoint in sepsis (and aren’t we really talking about sepsis resuscitation here?). I believe that it’s relatively clear that EVLW will adversely affect outcomes, but pushing for every bit of increased stroke volume/fluid responsiveness is less clear to be beneficial, even if it makes sense from a DO2/VO2 perspective (which may not be the real issue in sepsis anyway, as mitochondrial utilization of the DO2 provided may be the real problem, rather than DO2/VO2 balance). If the assumption is that the kidneys and lungs are the most delicate organs and most at risk to over aggressive fluid administration, and will impact mortality/LOS in the ICU, perhaps a combined strategy of attention to E/e’ ratios, development of B-lines, or the renal resistive index increasing would be a signal for a different strategy rather than fluids to increase venous return (i.e. switching from crystalloids to norepinephrine or vasopressin if the CO is elevated and will tolerate a minor ding from the increase in SVR). If any of those three variables indicate a problem, stop the fluids, switch to a vasopressor. If the issue is the CO rather than the SVR, use an inotrope instead. Of course RV/LV interactions as mentioned in the comments above must be considered. No point in giving fluids to an empty LV if the RV is failing–you’ll just congest the kidneys.