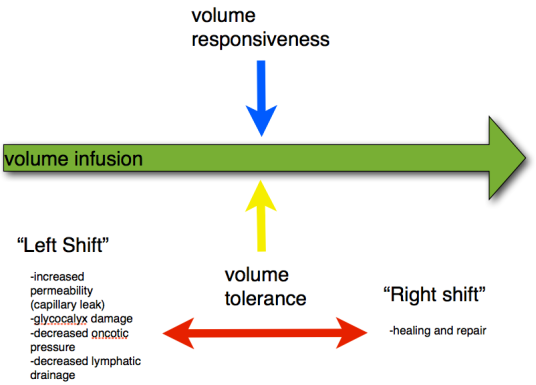 So Rory (@EMnerd) hit us last week with an interesting question that was brought up by David Gordon, a resus fellow working with him, and thought some of us may be willing to belabour his point. A lengthy and really fascinating exchange ensued, which I felt was worth sharing with the #FOAMed community:

Segun (Olusanya @iceman_ex) find him on LITFL.com and The Bottom Line

David brought up an interesting question today. Why not do a straight leg raise and use TAPSE to assess the likelihood the pt will be “volume responsive”?

Lets say we use Korbin’s gold standard I think we still have to ask what is the benefits of giving this pt fluids? There are many patients I see who would meet all the criteria outlined by Korbin in whom I still don’t administer fluids because whatever increase in cardiac output I get will be transient at best. I am inclined to sit tight allow my antibiotics to take effect and let the pt correct their own vasoplegia. After an initial small aliquot of fluid in the ED I like to see obvious signs of hypovolemia before I give additional boluses. I do like the CLASSIC trials criteria:

All this from the perspective of a decongested venous system and a under-filled heart on US
Korbin:
To Rory’s point, I agree that just because there is a lack of fluid intolerance and the presence of fluid responsiveness, it doesn’t necessarily mean fluids are indicated.
If I have a clinical story that supports a likely lack of hydration plus I’m looking at a high SVR, low CO, and a low SV, I will usually give some fluids.  Mottling, especially if pressors are on board, to me is a clue that some sort of volume might be indicated.
That’s actually quite interesting.  The pathophysiology of mottling isn’t clear (click here for an interesting read), but definitely a space to earmark, when trying to find the optimal balance between vasopressors and CO augmentation.
As far as the lactate goes, as everyone here knows, there’s a whole lot of reasons to have a hyperlactatemia.  It’s drives me a little crazy when I see a lactate come back elevated and the first thing someone wants to do is give fluids, especially if they haven’t considered any of the stuff we’ve been talking about.
I think if you have a patient with a high lactate, the first thing to do is ask yourself why they have a high lactate, rather than trying to correct the number.
Rory:
Agreed, most of the time in a septic pt I view a rising lactate as a sign I don’t have source control rather than a signal to give additional fluids.
Philippe:
So in terms of fine tuning, here is one thing I like to do with tissue saturation – SctO2 (cerebral)  and peripheral:   if it drops with vasopressors I favor augmenting CO (fluids if not too congested, inotropes to consider) if it rises or stays flat with pressors i stay the course. This is definitely not evidence-based, but to me, if tissue saturation decreases while increasing vasopressor dose, it seems logical that the perfusion is dropping, and not a course worth pursuing. I like to think of it as an example of MBE (medicine-based evidence) in the patient in which it is occurring.
David:
It seems to me the feeling is that we shouldn’t be chasing any single indicator of fluid status/tolerance/response/optimization evaluation and the key is to ask the clinical questions and pair that with our sonographic assessment.   RV functional assessment may have a role in that discussion, but TAPSE may not be the best indicator as RVOT VTI may be a better answer to the initial question.
The study that Segun sent out seems to indicate that LVEDA may be a better predictor of SVI.  The septal interdependence plays a larger role than I initially thought and perhaps using M mode to look at changes in septal motion gives you more information about the ability of the heart as a whole to manage the fluids…
That’s an excellent point, because even if the RV can handle the fluid, if the LV cannot, it’s gonna end up in the lungs.
Philippe, what kind of time course do you allow for your lactate to change, other than just response to your initial resuscitation?
Lactate should improve over hours. As Rory says, if a day later it’s still hovering above 4, and you don’t have impaired hepatic clearance, you might be missing something…
Korbin:
That’s something that certainly something to consider, Rory.   I think a lactate that is suddenly rising is most likely driven by a catecholamine surge driven by something going the wrong way.  But not always.
The important thing is to stop and think about what’s going on.
Case in point:  Last week I had a patient that had cardiac arrest due to an asthma exacerbation.  I had put a TEE probe down during he resuscitation, and a little bit afterward based on what I was seeing on the TEE, I felt she needed a pressor.  I used epinephrine because the beta-2 agonism might help with bronchodilation.  Everything hemodynamically look pretty good, except the lactate came up.  The ICU resident saw the lactate and ordered a liter of LR.  I called them and explained that the epinephrine was likely the cause of the lactate and it probably wasn’t anything to worry about.
Rory:
Just the other day I was called to the floor to assess a pt because the treating team was concerned he was septic when his lactate came back at 6.5. I walked in the rm as they were hanging the 30cc/kg fluid bolus. A brief assessment revealed he was in florid CHF. Once I convinced them to stop giving fluids and instead use an aggressively dose of diuretics he did just fine and cleared his lactate without issue.

In my mind lactate in and of itself uninterruptible. In a pt who is otherwise improving and the lactate is not clearing as fast as I would like I tend to just stop checking it. The one I find troublesome is in the post resus pt who doesn’t look great, I don’t have an obvious source, their pressor requirements are slowly rising and the lactate is hovering in the 4-5 range. That’s the pt that tends to do poorly if you don’t identify and establish source control

Korbin:
Agree with that Rory.
If I have those patient with a persistent lactate elevation, and they look like they could be malnourished, I’ll give them some thiamine, too.
Segun:
My two cents- there’s data soon to be released that compared echocardiographic dimensions (RV/LVEDA, IVC etc) to mean systemic pressure- showing no correlation with ANY echocardiographic parameters.
It would seem that going purely by dimensions, you cannot predict volume state on echo… so at the moment we can detect hypERvolaemia with lung, portal vein, and renal vein POCUS (and to a degree IVC), and profound hypOvolaemia by looking at doppler patterns (although the patient is more likely to tell you).
The other side of things, which has been clearly elucidated by everyone in this thread, is the concept of “permissive responsiveness”. Ruthlessly thrashing every heart to its maximum myocardial stretch doesn’t necessarily seem to be the best idea, to my mind.
I agree with everyone’s thoughts. Beyond the initial LLS/Shocked AF stage, you need a very good reason to give a fluid bolus!
And don’t get me started on lactate…
Korbin
I would only comment that the magic of Doppler probably is far more valuable than cardiac dimensions when dealing with hemodynamics.  Dimensions give anatomic values that can be extrapolated to hemodynamics, but PW and CW Doppler interrogation infers pressure differentials, which can directly be applied to things like flow and resistance.  Tissue Doppler has the added informative value of cardiac compliance, so that a comprehensive picture can be painted in light of filling pressures and the relationship to preloading.
When I look at all this together, I really feel that in most cases, a quite accurate picture of what’s going on is within grasp.
To emphasize again, something like B-lines with a compliant, low LVEDP LV, tells me valuable information about pulmonary vascular permeability.  Tread carefully about fluids here.

How does the RV respond to a fluid bolus?

To answer this question first we must understand the role of the right heart in the circulatory system. Often the right ventricle (RV) is compared to the left ventricle, in reality it serves an entirely different function. The left ventricle generates the necessary pressures required to maintain systemic perfusion. The right ventricle’s job is to enable venous return, which is generated by the gradient between the mean systemic filling pressure and the right atrial pressure (RAP). The role of the RV is to maximize that gradient by keeping the RAP as low possible.

With this in mind let us examine the RV’s response to a fluid bolus. As the RV becomes filled, conformational changes occur within the RV that allow it to increase its stroke volume without increasing the distending pressure.Under normal circumstances, the RV end diastolic distending pressure does not increase in response to fluid loading. Therefore, if the RV is functioning appropriately, RAP does not accurately reflect RV preload. But in pathological states, when the RV is hypertrophied, diseased, or overdistended there is an inverse relationship between RVEDV and RV stroke volume. Any fluid, or increased RV pressure beyond this point results in an increase in RAP, decreasing venous return.1

So that was the discussion. I certainly thought it was very interesting. Following this, we decided we’d band together and try to hammer out what we think should be the optimal management of shock, trying to tie in physiology, the scant evidence that is out there about resuscitation, and the pitfalls of venous congestion. Finding the sweet spot in the balance between vasopressors, inotropes and fluids is a very real challenge that all resuscitationists face regularly, and it is very unlikely that, given the complexity of such a protocol, looking at tolerance, responsiveness and perfusion, that an RCT would be done anytime soon.

We’ll be sure to share when we come to a consensus, but certainly the broad strokes can be seen here, and I’d love to hear anyone’s take on this!

And of course, we’ll definitely be discussing this further with smarter people at H&R2019 – think Jon-Emile Kenny (@heart_lung), Andre Denault and Sheldon Magder! 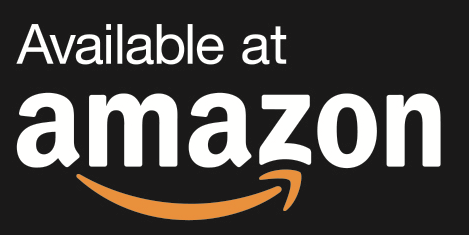